The passenger boarding bridge sequential shutter of Front Security is based on the Front Vision® transparent shutter.

The Sequential Passenger Boarding Bridge Shutter has been developed in coöperation with the technical department of Aeroport de Paris, ADP. The shutter consists of two parts connected with firm straps, and opens in two stages. At first, when the operator opens the upper part of the curtain, the lower part remains on its place. During the movement of the bridge towards the plane, the lower part of the curtain functions as a safety barrier. When the bridge is close enough to the plane, the lower part can easily be opened and the passengers can come trough.

The sequential shutter is designed as a replacement of the existing shutter or door. It makes sure the operator has a clear view of what happens around and in front of him. Now the operator has the possibility to wait until the last moment before he opens the shutter. During the process, the operator will be well protected against all weather conditions.

The transparant shutter is equipped with safety devices that prevent any pinching of feet, hands and fingers when the shutter is opened and closed. We can also supply the shutter with an automatic control unit with only two buttons for full control of all functions.

The shutters are basically constructed of aluminium and polycarbonate. For the hinges, we use high quality extruded and anodized aluminium. The guides and the enclosure are made of light grey coated aluminium.

The see-trough windows are made of polycarbonate, named Durolon® VR 2200, with special additives which protect against chemical solutions and UV stabilizer. After several years, the light transmittance of the window will still be 90% of the original value (89%). 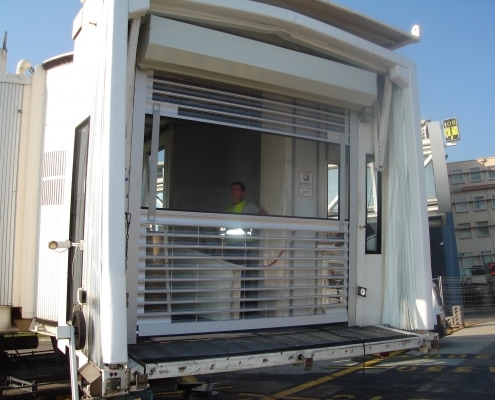 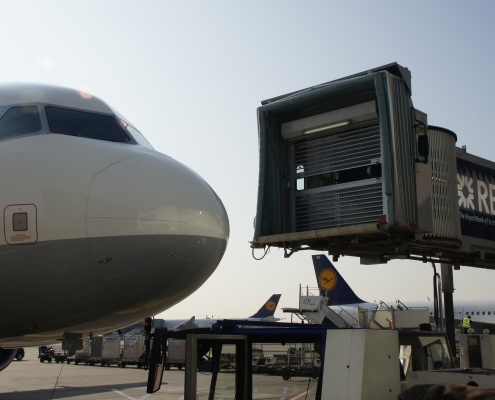 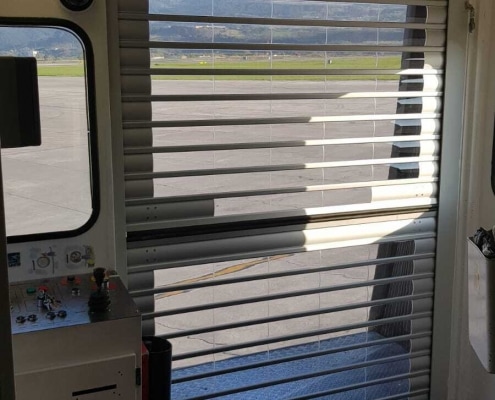 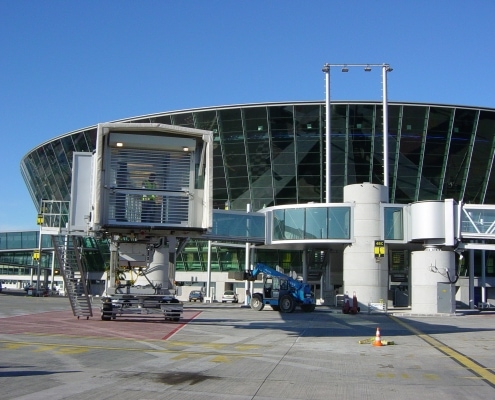 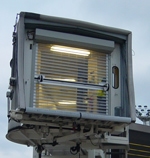 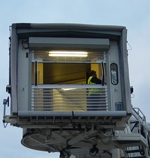 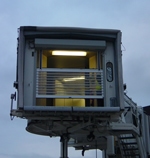 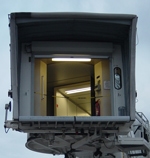